← Some love for the Naja-Naja
The Vision, his semen, and his friends →

By about age 12, since any idiot could see that Proposition 13 was going to pass, I knew I had to get into private school on scholarship, and I did, at 15 attending what was then called Robert Louis Stevenson High School or RLS (now the Stevenson School) in Pebble Beach. I was from Del Monte Park, the back-end no-tourists part of Pacific Grove, so I was a day student, and very much more so, a low-rent townie.

It was and is a small school, about 425 kids in all four grades when I began my freshman year in 1979. In a school that size, everyone knows who everyone else is. I like to describe it as “The Dead Poets Society, with girls, without uniforms or spankings.” The period of my attendance is a very interesting story regarding the school which will see the light some other day.

Yes, this is a high school campus

One of its standout programs was theater, run by a guy named Tyler, a force of nature who put together a rather professional crew culture and considerable technical resources for the shows. He put on five plays every school year, including a musical which also went on tour for a couple of weeks in the spring. The plays were typically very damn good, and in the spirit of the times, ambitious and explicit. He didn’t bowdlerize.

OK, fifty interesting and shocking anecdotes snipped, and on to the point. A lot of the students were celebrities’ kids, many of them from the TV/movie culture of the west coast. Among the seniors of that year was Joe Culp, who starred in almost every play. The mid-year play was Cyrano de Bergerac, I was an extra (with a line!!), and due to fencing training, I got to cross swords with him in a big battle scene rather than merely jumping around with other extras. So I knew him a bit more than in passing, not much, and found him to be a really nice guy, very kind to a younger student, which is not always the case in a prep school, I’ll have you know. And damn what a good thespian. I haven’t seen him since his graduation in 1980.

Anyone reading this probably knows him from Deep Space Nine. Currently, he is making himself known more generally via Mad Men …

… and it’s bringing a little something back into the light from 20 years ago:

In which Joe, who looked like this at the time … 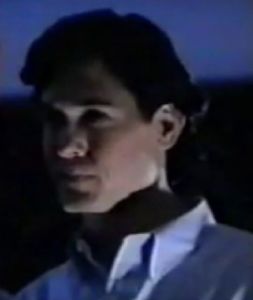 Except actually it’s not a very good shot, he was more dignified and scary

… played none other than Victor von Doom.

If you want to read about its history of inexcusable non-release and the destruction of the prints, it’s all over the net now; here’s some recent webstuff about it. No one asks me, but I say, the current nominal owner should put the best VHS they can find onto DVD and fill it with commentary and interviews.

And Joe’s a blast – contrary to the scuttlebutt which has always circulated about this film, not because he cheeses it up, but because his portrayal of Victor pre-accident is quite moving and gives the whole story some weight. 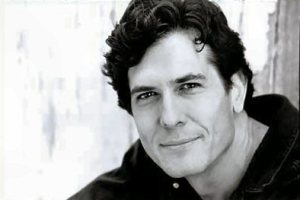 It makes me happy to see him doing well.

See it, share it, talk it up. I know, it’s not fancy slick shit like you all are used to seeing, and you’ll get no cool cred for talking about it. But it has real cred – the people involved put it together for $1.5 million, practically nothing even in 1994 dollars, and they managed well. There’s a lot of love for the comic evident on the screen, and none more so than knowing that if Victor von Doom isn’t hitting hard, then the Fantastic Four is nothing.

Next: The Vision, his semen, and his friends

← Some love for the Naja-Naja
The Vision, his semen, and his friends →