← The Black Panther(s), the Coal Tiger, and US
Doom’s face → 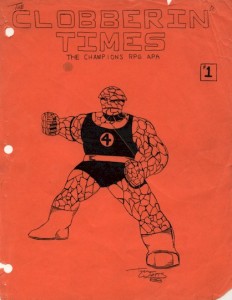 I don’t exactly remember how they came to contact me, maybe due to some embarrassing letters published in some comics (maybe more than “some”), but I was invited to join The Clobberin’ Times Amateur Press Alliance when it was begun by Tim Watts and Mike O’Connell of Sacramento, California, in the summer of 1988. The topic was any-and-all things Champions, meaning the roleplaying game published by Hero Games, then in its third edition (1985) and – although gaming culture seems to have forgotten – considered at the time simply the most with-it, solid RPG in the hobby.

Shoot, you may not even know what a pre-internet APA was. Sit down and take a deep breath – it’s completely on paper. Everyone gives a guy money; then everyone mails the poor bastard a wad of pages, and he photocopies and collates them together into issues – just paper with construction paper covers – and mails them to everyone, using the money to cover the expense. They describe it pretty well here. The CT gained members fast – I started in the second issue – and the mailed material bulked up quickly into a serious bundle of heavy paper in the mailbox.

Oh yeah, me and role-playing. It parallels me and comics (see Top 5 RPGs). I was already a big mythology, science fiction, fantasy, and comics reader before role-playing showed up in my neighborhod, and had great hopes for this activity. For those in the know, the relevant games for me from about 1978 through 1981 were Dungeons & Dragons (the Holmes 1977 version and the Advanced hardbacks), The Fantasy Trip, RuneQuest, and Tunnels & Trolls. However, I fell out of the activity due to the frustrating disconnect between gaming-fantasy and literary/underground fantasy, resolving simply to become a reader again. What brought me back to the hobby in 1985 was the re-connect with superhero comics and my chance notice of the 3rd edition of Champions in a local store, which quickly became a big shared hobby for me and a lot of others. I basically played Champions continuously for seven years, often simultaneously with multiple groups, in several locations, as well as a number of other games.

If you weren’t part of RPGA playing locked-down official TSR, then 80s role-playing was often socially extremely isolated: one’s group with a few friends, and that’s it. My broad social application across groups was fairly unusual, and it was still confined to my immediate social range. The CT and other APAs provided much-needed content, interactions, recognition of applications, and comparisons across role-playing groups; I wasn’t a member of any others so I can’t compare, but the CT shook Champions people out of their comfortable notion that since their group “did it right,” everyone else either must be doing what they did or stumbling in the dark. It also showcased how much quality raw material any single group had generated and how much other people were simply, honestly interested in it. 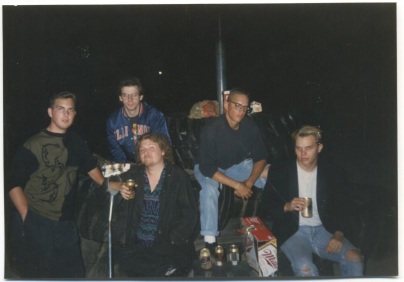 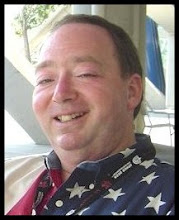 Kevin C. (K.C.) Ryan was the rock of it all in many ways. He was GM for the Sacramento group, as a participant in the Klordny APA he effectively taught Tim and Mike how to organize it, he was an indefatigable contributor and general backup for managing the CT, and eventually he became its primary mailer. Most significantly, the majority of the people who joined the APA had been in his former groups in the midwest; for the first two or three years, only three contributors, myself included, were not associated with K.C. GMing history in some way. Some years later the CT included a dedicated shared-universe section, but in practice, and in a productive scattershot way, most of the entries were participating in a K.C.-originated context from the beginning. He was in many ways the Big Bang for superhero role-playing, admirably demonstrating the point that, although author-designers like Greg MacDonald and Jeff Dee brought us the games, the real activity happens at our tables. We do not receive superhero role-playing, we make it.

This is RPG history in black and white. Tons of CT members hit the publishing and retail scene hard within a few years after participating in its pages, as you can see here. One of them, Steven S. Long, would go on to write the 5th edition of Champions and then to acquire the property, re-establishing its recognition in RPG culture. He already knew that in or out of print, the game was actively played across the hobby landscape so this updated recognition was well past due. Steve and I had not crossed paths at the CT, as I’d found I was unable to keep up while working on my PhD and fell away in 1992 or so, but we became friends later.

I plan to post a fair amount of my stuff from the Clobberin’ Times, but telling you about K.C. and his much more influential games takes precedence, to put the credit due him front and center. Although we often commented on one another’s contributions and exchanged many views and ideas, I never met him face to face, as he was out of town when I visited the guys in Sacramento in late 1989. We might have presented a bit of contrast: similar in age (he was two years older), but me at my most wolfish, ambitious moment, about to start grad school after two years of scientific employment and personal excess in Chicago after college, him hitting his gentle, professional groove, a Rotarian and sincere, observant Catholic. I think it would have been fun, because with no doubt or hedge, I loved his work. He had a truly exemplary understanding of both comics and role-playing.

I’m sad to see that the on-line Captain KC’s Corner died with Geocities, and the Wayback Machine can’t find it; if anyone can help me with that, I’d appreciate it. If I can’t find electronic versions, then I’ll dig up my old issues and scan his prose stories about the Four Aces, with his illustrations. I don’t think they were game-based at all, being simply K.C.’s personal comics writing. He had a great light reading style, which seems easy until you realize you have complete visuals the entire time; the story seems standard until you realize it’s changed and crested without hand-holding. He didn’t need excess to make comics work. 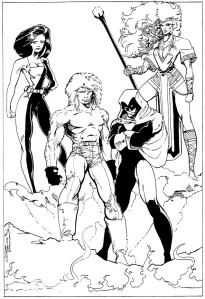 Another thing indirectly demonstrated by those stories is in comparing them with the games he GM’d – that K.C. wasn’t a control freak, delivering his story to an adoring table of listeners. The Sacramento Forte game was certainly his in its solid accord with super-group comics sensibility, but it was also a match dropped in a pile of roman candles for the heroes’ bonkers drama and physical agonies and transformations mostly instigated by the players, especially after the addition of Kaye Bellot. The neat thing is that K.C.’s game was generally disengaged from the fashionable grit of 80s comics, so all this kooky emo and body-horror content had a fresh, vivid excitement to it, not “oh look I read Cinder & Ashe, I am gritty,” at all. I’d describe it instead as a modern-day cable version of Englehart’s Avengers … with the crucial qualifier that they weren’t trying to simulate Englehart’s comics at all, rather, they were engaged in his or a very similar process. Chew on that while I work on more Clobberin’ Times and Champions posts.

Lost my point there for a second. It was that the Forte game was a very different “comic” from the Four Aces, meaning that K.C. being author of the latter is not the same as K.C. being game-master for the former. This is high praise from me, and an important concept to lay out before role-players. Since this point threatens to bulk up to Giant-Man size and step off the screen and grab me, I’ll just leave it here in beginning form.

In 2010, K.C. was diagnosed of stage four gastrointestinal cancer and died soon afterwards at the age of 48. His personal blog is still on-line, and you could do worse than to read it from start to finish. I have, and I hope someone is archiving it somewhere. A lot of it is just life, ball games and movies and moving, views you may or may not agree with, and the deaths and illnesses of those close to him – and then you find that “just” life is really not a phrase anyone should be using.

← The Black Panther(s), the Coal Tiger, and US
Doom’s face →