← Snakes and hotties
Paint my van → 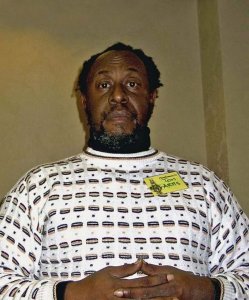 Note to readers: this post was supposed to be scheduled for August 30, but I accidentally posted it along with the August 27 post. The new/next post arrives on schedule September 3rd.

So I’ll tell you an anecdote from the late 80s. This was during the two years between college and grad school, when I was living in Chicago and working at the Field Museum, living in a studio in Hyde Park, and living life as a series of daily adventures. Through a series of interactions I didn’t know much about, I found myself at a rather good downtown Chicago restaurant, seated among a bunch of comics professionals for lunch and, as it turned out to my surprise, a pretty intense executive meeting. Little me, sitting with people whose names you know from the comics in your longboxes. This was a DC Comics moment, presided over by a person Of Editorial Importance whose name you also know but which I fear to include for reasons you’ll shortly read. But before getting to that, I’ll tell you about one of the nicest conversations I had with comics people during the lunch part, with Tom Artis. 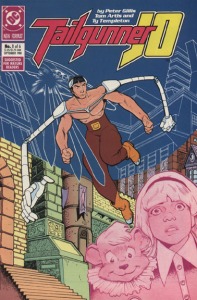 I don’t know if you remember him; he did a fair amount for DC in the late 80s and his style wasn’t too standard at the time. I liked it; it reminded me of Tom Sutton a bit, and as he mentioned, he considered his primary influence to be Gil Kane, which is apparent once it’s pointed out. Now, I realize he was ahead of the curve – very McCloud (theory-wise, not style) in using clear, open character designs moving through a more complex, often naturalistic-twisted-to-surreal environment. If I had to guess, I’d venture that look would return to American comics almost a decade later, after Bruce Timm found the sweet spot between animation and comics. His pieces with Batman and Green Arrow – who were all over the place, every title, all the  time – weren’t as strong as his horror and science fiction, or at least, weren’t in line with the way those heroes were being depicted by everyone else. He did a lot of issues for annuals and anthology books like Wasteland, and his Tailgunner Jo series with Peter B. Gillis stood out among the plethora of DC insta-titles of the time by its intelligence.

I remember him as a middle-aged black man who walked with a cane, especially gentle-natured, friendly, and welcoming to me at the event. As it turned out, he was only eight years older than me, between the ages of my two brothers; he looked older due to severe diabetes. Something felt a bit different to me during that conversation. Tom was talking to me like … not as a fanboy, which I’d sort of not been anyway for a while among a number of comics pros, but even more so, as if I were someone involved in this whole comics … thing.

Well, the event came to the executive meeting part, by which I was already perturbed and put-off. This was due to the editor, a woman in her late twenties, barely older than me, definitely younger than most of the pros there. I’d been told she was an RPGer,and seen the sketchbook she’d passed around full of pieces done by a zillion famous artists, all superhero versions of her. I was introduced to her nicely and had no idea what to make of her interaction with me. Prompted by the gamer info, I said, “Hi _____, I hear you play some superhero role-playing games.” I do not exaggerate: she literally hissed, “Long ago. Then I got sick of all the fans,” and switched her attention elsewhere in perfect 80s-high school style.

Well, I thought, she doesn’t like me much does she, and just enjoyed the lunch with decent people like Tom. Then, as I say, we moved onto the meeting. And it was a meeting, not an after-lunch conversation. Cleared table, change in atmosphere, people sitting differently, “now let’s begin,” all like that. At this point, I was getting puzzled. What was I doing there? As a friend of one or more of the people there professionally, in such a situation, I would expect to be shuffled off to the bar with an assistant or with some other secondary participant, or simply told “see you later” and I’d say “oh! yeah, I have to go now.”  But there I sat with ______ to my right and ______ to my left … at what I realized was an honest-to-God DC editorial policy-and-planning meeting. Uncharacteristically, I zipped my lips shut.

It sort of came together for me then, that I was perhaps being included in terms of recruited – the same process by which one becomes an academic, or a professional in any field which holds tight to traditional apprentice-journeyman entry processes. You’re there because you’re “there” before you know it, and the chance to do something, without comment or any acknowledgment that it’s the first time, is about to show up the same way. You can’t make it happen; it’s completely about the way others talk to you. This was one of the steps: I was about to learn the way that the comics pros did their thing, the social nature of their employment, how their bosses talked to them. 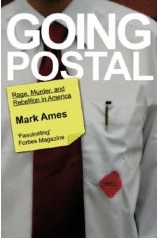 I’ll get right to it: she was unspeakably horrible. She put them in their place. She was plain mean. She chewed them out – well, there was no ranting, so outright scolding, no singling-out. It was in that neutral management-speak I remembered so well from restaurant work a decade earlier, constructed specifically to communicate that this isn’t a discussion. And which I’d encounter a decade later in my late grad and professor work. You’re lucky to have this work. You’re a pieceworker. You do it this way, or uh, whatever that way is that you people do things, all we “up here” need to know is there are no complaints.

Mark Ames’ book Going Postal documents the early-80s shift in corporate management culture, the raw bullying, demand for submission, and complete disregard for the advancement system. His case that workplace shootings are best understood as slave rebellions sounds weird at first encounter, but his argument and the similarity of patterns in the phenomena are compelling. I’m trying to think of a good word for her, for this kind of person, who does this kind of job. There must be something.

I’m not saying I actually had a shot at getting into comics, or only that maybe I did, for a moment. The door was real; other friends of mine who’d encountered this comics world through me did go through it. At least at that table, though, I’d resolved to retain every word and to understand that here, I’d learn what this work – the task – was like. At the very least it’d be the thinking comics reader’s dream moment. However, my mind recoiled from the words. It wasn’t information of that kind. I realized that her instant putdown upon meeting me was merely the briefest brush with how she was primed to talk to everybody “under” her, as the representative of everybody “over” her. And that this was normal, the way it was done. How comics got done.

I didn’t stay in touch with Tom, and didn’t know much about his later work and the collection Midnight High, which I think shows a lot of humor and even subversion of sexy hottie material – plus being really good, masterful art. I definitely did not know not about the circumstances of his death in 2007, from diabetic complications, nor about the tough times faced by his family. It’s starting to strike me how many people I knew briefly or longer, and whom I cared about either way, have died without me – not that I would have been special to any of them, but in terms of my own self-image, a poor showing.

Next: Paint my van, first in the Cosmic Zap series that will run through September

← Snakes and hotties
Paint my van →