This is the fourth post in my accidental series regarding several retries to recapture the early Marvel spirit, including Give me liberty, I, said the Fly, Striking twice, some day, and here, as promised at last, the New Universe.

The first thing that surprised me was, I thought it came a bit later, even misstating the date in a previous post or two. But that’s because I read it a lot later, when a friend lent me every issue in the early 1990s. As it turns out, the New Universe is the first of the phenomena in this series, not in the middle, having been developed in 1985 and released in July of 1986. For those who don’t know, it included eight titles which were soon cut down to four, and those were cancelled in late 1989.

The eight titles were Mark Hazzard: Merc, Spitfire and the Troubleshooters, Kickers Inc, Nightmask, Justice, Psi-Force, Star Brand, and DP Seven; the latter four are the ones which lasted past twelve issues. These are all over the internet so feel free to look them up; e.g. Mark Hazzard covers.

Spurious fandom narratives – in which I include most trade or industry publications, whose job is to promulgate such things – are easy to predict: “it sucked,” “Jim Shooter, ehhhh,” “the timing was bad due to Image,” “it was too realistic, people want super in superheroes,” “it wasn’t realistic like they promised,” and so on and on, each delivered with that particular nasal self-assurance well-known to anyone who likes comics.

My first step for getting past this is, as usual, Howe’s account from Marvel Comics: The Untold Story. Here are some key points from there: 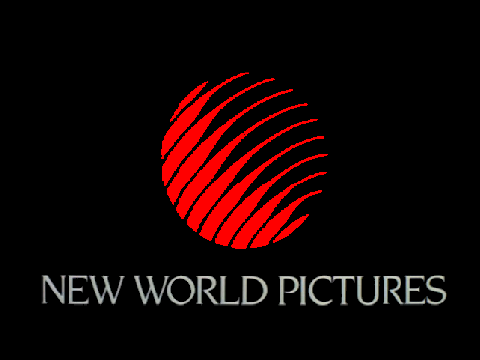 I don’t even know why this is a mystery. When management changes, let alone ownership, the first thing the new regime does is kill off anything the old one was specially working on. Not because it might fail, but because it might not, and to make damn sure it does through every infrastructual means available. It’s pissing on turf, plain and simple. I’m not claiming the New Universe was genius betrayed, but I’m saying it was betrayed period. Note too Howe’s counter-narrative observation that the four remaining titles were selling pretty well.

Since there’s no mystery or problem to be solved, my notion isn’t to generate some grand narrative, nor am I going to pick at the various scabs which are well-known and many. Talk about whether Peter David saved Justice with his conceptual reboot or not, or about John Byrne’s authorship of Star Brand somewhere else; all the possible fan-palaver about it has been done and done again, and you don’t need to bore me in the comments about it.

Remember: I didn’t read it as it came out, and did not then, no do I now, have any stake in judging it from a fan review perspective. Instead, I want to look at its attributes as a member of this rather grim trend I’m writing about, because there is a relationship among pop fiction, content, and settings to uncover. I want to know about how it was less than great.Talking about it is tricky because listing various titles’ shortcomings is not the same thing. Certainly nothing was wrong with the New Universe that wasn’t wrong with twice as many titles at Marvel which faced no danger of cancellation; if anything, it benefited from being a straightforward line of stories without being knocked askew almost monthly due to McFarlane or whoever thinking they could write.

I could list some obvious stuff to criticize, specifically that all eight titles displayed derivative and often weak concepts: Nightmask offered nothing that the film Dreamscape hadn’t done a couple of years before, Psi Force and DP Seven had the same premise, Kickers and Spitfire had the same premise, Justice was suspiciously similar to Nexus down to the zap on his chest … but I want to stress, despite my prejudices otherwise, that none of this matters. Originality or intrinsic properties of concept are not the issue in superhero comics. All of those observations could be true or even truer and the line could still have been excellent.

What was the oft-mentioned, oft-revered lightning in the bottle, anyway? What was it that we presume a whole new world of young readers wanted, but probably didn’t know how to say it by a whole dimension? Did it have anything to do with what I’d thought I’d seized and watched evaporate between my fingers exactly a decade earlier?And at this moment of blogging, I think I can identify the content problem, which is to say, the core principles that were cleanly missed.

This is not the bad guy.

One could bring it back to Jim Shooter at this point. To get personal very briefly and speaking only as a reader with no claim to an informed position, I think that as writer and editor, his skillsets had been harshly shaped by Julius Schwartz back at 60s DC. This was a very different context of characters whose pop culture status and media presence had been settled for decades, and whose ownership was never in flux, completely different from Marvel’s first fifteen years of almost-underground freewheeling madness … or from the twin tyrannies of Mob and mob after he became chief editor. He excelled at plots with Pie, especially as a writer, but was always dismissive about these three big things in favor of – and this is reasonable!  – more reliably skilled, accessible, and consistent plots.

Count me right out of anti-Shooter fan rhetoric. It’s not the editor who brings these things in anyway, but the direct creators, usually ablaze with philosophical and/or psychedelic weirdness, entirely pissed-off about society, shameless about their own hang-ups, and unable to repress their sense of humor. Furthermore, I can totally see Shooter’s position; he really was advocating for good readable comics, and the fact is that at the ‘Versed-up Marvel of Secret Wars II, there weren’t any. His instinct was absolutely right in that the actual content at Marvel was played-out, no longer inspiring to its immediate creators, and too subordinated to putative movies and to toys to sustain actual storytelling.

Maybe you can’t do both: provide solid mainstream kids’ fare the parents, distributors, and licensing entities will like, especially in the toy and cartoon dominated, ROI-obsessed 80s, and unleash the Swing, the Zap, and Scream to say who knows what, who knows how, and God knows for whom, again, especially in the establishmentarian, Pentagon-sponsored, Cold War II 80s.

One may ask whether any creator at Marvel had that ability or inclination to do these things, which I suppose is rhetorical (NO), and whether on-the-block and then especially New World Pictures Marvel itself was any kind of venue for that kind of psychedelic, psychological, political content (DITTO).

All of which, and in conclusion, leads me to think the New Universe was also cursed by its positioning relative to a ‘Verse in the first place. A turn off a wrong road doesn’t help if you’ve gone down it too far already. I like the phrase “the world outside your window.” By that point though, I don’t think anyone had any idea what it should have meant, and that hairsplitting about realism/fantasy had absolutely nothing to do with it.