We’re all grown-ups here, right? Not gonna freak out when I say, all plot is contrivance. There is no plot which cannot be summarized as, this thing happened at the same time as this other thing. In the searing gaze of real thought, there is no intrinsic distinction between believable vs. unbelievable coincidence in stories. I’ve yet to come across the literary analysis or critique which explains why I feel such a difference exists, from this story to that, especially in how a given author’s presentation yields such a feeling. (Chalk it up to another failing of the past 50 years of lit crit, which was supposed to be explaining such things.)

So leave it to me to cite the humble example of The X-Files, specifically my incomplete viewing of the first couple of seasons in the mid-late 1990s. I haven’t seen these or any other episodes since. What I remember, and remember commenting on at the time, is each episode’s moment at the 3/4 mark, when a previously-introduced, initially close-mouthed or uncooperative character decided to come clean “after all,” which is fortunate because Fox & Scully had just hit the point when they would either give up or could go no further with the situation. 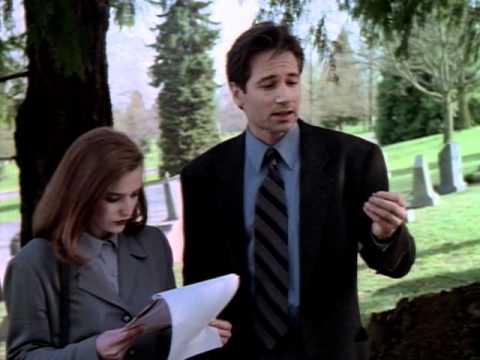 This is more-or-less the classic technique of Fifth Business in opera, to get the relevant agents of the story into heightened confrontation, and it’s not bad writing. It may not rate high in the academic scheme of plot features, but it’s very effective in the right context, including its origin, but also (and relevant for our purposes) optimized for serial fiction of a certain kind. Specifically, and relevant for my purposes in this post, the one-episode-story kind which is variably sampled as it comes out, which may be revisited or encountered for the first time in re-release in any order, and which as a series isn’t expected to be compiled or ever really considered as genuinely sequential plot. People don’t watch every episode or relate events too sequentially, the protagonists’ motifs are more important than long-term change, and “arc integrity” is at best under construction and can even be simply not true, regardless of what the creators eventually, belatedly, try to cobble together in both chronological directions at once. So the device works fine within each unit; it only looks silly or “unbelievable” when one tries to integrate content or protagonist “identity” across the multiple episodes, and often, that’s not fair – no one was making the show in that expectation, nor viewing it that way either.

Hey, he could have landed in Harlem, or – gasp – New Jersey!

To skip to comics, which for the most part are perfect examples of the same context, I want to focus not only on the timely delivery of information which permits the final act, but the significantly larger role of events coincidence which contrives to put conflicting interests into one another’s faces in the most exacting and escalating way. It’s not a moment near the end, but the very essence of what happens from the beginning. Galactus lands in Manhattan, not Bangkok, and indeed right on top of the Baxter Building. Later, the captions even ruefully admit that it’s absurd when the Surfer falls through Alicia’s skylight as if Ben had punched him there on purpose. But look, the point is to set up the cosmically-significant debate of whether “humanity is worth it” between the Watcher and Galactus via the three-way personality clash among Alicia, Ben, and the Surfer. Period. However we get there, in terms of coincidence, is the way it’s done, as a story. One guy calls it “silly unbelievable contrivance,” another calls it “masterful structural integrity,” and they’re both right.

[To keep this post from becoming eighty pages long, I’ll forebear the role-playing game tie-in: the dreaded perception roll. I’m sure you can imagine what I’d do with that.]

This understandable – if sometimes teeth-grating – feature of comics plots has applied oddly to the “masked crime-fighter” concept ever since its origin in the early superhero and pulp stories (talking 1930s here). The character is portrayed as patrolling much like a police officer, or detecting in the sense of a police or FBI investigation, or most literally, is directly connected to the police or journalism and therefore supplied with inside info on bad guys’ doings. The farther the character is from these justifications, the more “being in the right place at the right time” gets fuzzy.

One desperation device (and again, I’m fuzzy on when any such device is necessary, as opposed to raw literal coincidence) concerns super-senses. Did Superman have his “cry for help” hearing all the way from his inception in 1939? I’m pretty sure he had it in the 1950s TV show.

Let’s not quibble or mock – he hears the cry for help that matters for this plot, period; it has nothing to do with how many such cries he hears per day, or from how far away, or how in the world he has time to take a piss in between. Lampshading that stuff is simply an admission that a given writer can’t be troubled to give us a good story and has fallen back on snarking, or its highbrow version, deconstruction, instead. 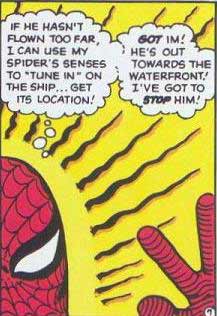 Spider-sense played this role too, especially in the early years of the title, when it egregiously handed Spidey the transitions into each act of a story. Eventually repurposing it into a “power” which followed in-fiction rules was left to the character’s second decade, under Gerry Conway, with frankly disastrous and unreadable results. I know there are dozens of webpages lampooning “Spider-sense is just magic,” but my point is that it actually worked as such and did not when someone tried to ground it.

I can’t list all the equivalents scattered around, like the Cat’s “heightened women’s intuition,” Mar-Vell’s cosmic awareness, and so on. Poor Daredevil’s expanding-function radar sense practically became cosmic awareness by the late 70s. I submit that the more the sense was supposed to be able to do, the more lame and groaning became the excuses for when it didn’t. You need the sense to get into the problem, but it can’t be good enough to solve it.

Conversely, I rather liked that Deathlok’s computer-mind gave him an distinct edge in combat relative to named-hero Marvel opponents, including the moment when he grants Cap’s fighting skill some respect before, computer-aided, knocking the crap out of him too. It was important because the other characters didn’t have it, and think about that: if each hero has a “know where you are in the fight/plot” sense in order to make it through his or her stories, then they all turn into crap when they’re brought onto the same page.

Frank Miller gives us a neat before-and-after of his writing priorities in bringing Daredevil’s senses back down toward Earth a bit in the late 1970s, but conversely, in the mid-80s, giving Wolverine more bullshit Plot Power via his “senses” than anyone should be able to stomach.

That example especially rankles me because the initial use of Wolverine’s senses in the early Claremont-Cockrum stories was frankly excellent. Count me as one who bought X-Men 99-100 off the rack and gasped along with the rest of comicdom at those panels. Why was it good? Because it kept to its single role as a resolver of a problem rather than a framer of problems – your funky sense can do one or the other, but not both.

Again, this post isn’t exactly about the super-senses as such, but about how stories bring characters into specific kinds of confrontations. Whatever you do to get there, that is fine – in all stories, that is one or another form of coincidence, in the absolutely most etymological meaning of the term: happening together in time and space. Super-senses are merely a subset thereof, and they’re pretty cool as long as they keep to their proper role and everyone can stand the facts that they aren’t supposed to “work all the time” or to make sense in “how they work.”

Post-script thought: the nice thing about my Adept Comics titles is that no “get the hero into it” justification is necessary, because the villains are the protagonists. They’re proactive and they’re not looking for heroes to fight. That relieves me of the pressure of having to use ordinary or powers-based story-coincidence constantly to set up fights. It also presents me with the creative challenge of saying, well, without that genre convention of “fight the hero” to fulfill or to fall back on, how do these characters get into satisfying dramatic confrontations, with whom, and about what? That’s a fun problem to have.

Next comics: Tuesday, July 19, Sword of God, Thursday, July 21 One Plus One