← It is what it is
Exhumed, still lovely my dear →

The little game that could

The tough part about this post is that it might end up being nothing but a love-letter. I’m writing about the Marvel Super Heroes role-playing game, authored by Jeff Grubb and Steve Winter, published in 1983 by TSR; that’s Tactical Studies Rules, if you didn’t know, the publisher of Dungeons & Dragons. This was an unstable moment in D&D history, in terms of ownership and authorship – Gary Gygax was just about to lose his presence as the official face or voice of the franchise (his ownership was long gone), and Lorraine Williams would be purchasing the megillah soon in the future. I really don’t know who was in charge of media development and outreach at that point, but whoever it was, there was a brief, very strong integration with Marvel. 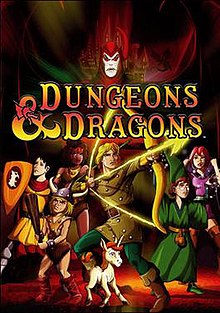 You do a game for our superheroes, we’ll do a show for your elf game.

Marvel was in a state of multimedia boom at that point, given the success of franchises like G.I. Joe and the surprisingly good comics built on Hasbro toy cross-over, like Rom: Space Knight and Micronauts. Cadence had bought outright the long-standing animation/media company that had served Marvel until this point, renaming it Marvel Productions, and a bunch of animated series were launched right away, like Spider-Man and His Amazing Friends, the Muppet crossover, The Transformers … the guy in charge until 1984 was David DePatie, and I don’t know what he had or hadn’t to do with D&D, but somehow that was one of the things that was looking around to be picked up while MP was looking around for such things. The D&D TV series came out of this and I guess that’s how the reciprocal game came about too.

It caught me at a point where I was neither watching TV nor had any interest in D&D, and as it happens, not buying or reading any superhero comics at all. Thus … I missed the whole thing. Only later, brought back both to comics and role-playing by Champions, did I find there was this other game (and its spiritual partner, DC Heroes). You may laugh now, but I submit I was not alone in thinking that MSH was a decidedly beta, kiddie knockoff for a role-playing game. “A silly little game,” as a friend put it. In the age of GURPS, the new Avalon Hill versions of the Chaosium games, and Rolemaster, as well as the rapidly-intensifying complexity of D&D just prior to the release of its second edition, MSH looked decidedly slim, simple, and no-account. I didn’t bother more than a cursory glance.

Fast-forward some years to this thing called the internet, which along with its obvious primary purpose of delivering porn and gossip exactly to one’s taste, became a venue for revealing what people were doing with their hobbies as practitioners, rather than solely as customers. One thing that was revealed was how incredibly widely-played and loved were some out-of-print role-playing games that commerce-fandom had long written off as dead-as-doornails – and MSH was first among them. Grubb and Winter had delivered a power-house of play, but no one had noticed except the people who were doing it, and now, the closet doors had come off to show just how many people that was.

I want to talk about how the game works. It’s easy to focus on the enjoyable resolution mechanics, and on the descriptive scores now called FASERIP, but my eye hops one level up at the two “consequence” mechanics, Karma and Popularity.

Karma: at the end of a fictional unit of some kind, “scenario,” “adventure,” “arc,” whatever you want to call it, a character’s Karma score gets increased or decreased based on what happened across a very long list of things. Crucially, both personal life and crime-fighting are assessed – stand up your date or fail to stop a crime, both dock you Karma. Some of it is a little subtle, such that a deep tension is set up between these demands, and also, the outcomes are consequential: one may choose or discover or develop “what kind of guy/gal this is” via play itself.

As for what you do with the Karma, it’s a spendable quantity, either for quickie improvements to outcomes (bonuses in fights and interactions, saving you from dying when badly damaged, helping manage your wealth) or for permanent increases to your various scores.

Along with an early appearance of the soon to be standard trade-off of a one-off bonus right now, ’cause you really need it, vs. banking for permanent improvement, something else should jump out at you: the role of fictional time. A lot of things about the character depend on his or her chosen routine, affecting all of the items below.

Therefore you don’t just play as of the moment the GM says, “You’re patrolling and you run into Mucus Man robbing a bank,” you play your character’s life-style, his or her trade-off among the conflicting demands of regular and superheroic relationships. This is subtly but powerfully very Marvel, hot out of the early 1960s titles. Reed Richards loses all his money on a bad investment, Peter Parker stays up late to cram for a test, and in either case, it impacts how the character deals with super-threats and problems. There is no such thing as a generic story, into which this or that hero can be slotted without modification. Or … well, hold on, there’s another point coming about that a few paragraphs down.

Popularity looks at first like another personal/descriptive quality like Resources and Health, but it’s actually a fully parallel value with Karma. They’re both assessed at the end of a given story-event, and unlike all the other values, which are involved with the “Karma wheel,” they’re independent of one another; you can’t spend one for the other.

As a system feature, Popularity is so simple you don’t need to diagram it, or rather, it’d be a single consequence right where Karma is, with a single “return” arrow straight back into scenarios and encounters. It’s much less nuanced, limited to visible crime-stopping and visible criminal or otherwise unpopular acts. It’s much less qualitative, too, based not on what the character does exactly, but on how publically positive those actions may (or may not) have been. Finally, you don’t use it or spend it … it’s just “there” as a deeply qualitative influence on how everyone else is going to regard that character.

The changes in Karma and Popularity, simultaneous but only tenuously connected through slight overlap for criteria, therefore yield tons of subtlety:

I have to pause for a moment to laud the incredible two-page magic system, which, unlike most RPGs, features no special rules for resolution, but instead ramps up the consequences for both Popularity (being too well-known draws entities’ attention) and Karma (doubled penalties). It’s so good, so consequential for the problems one causes just by being a magic-hero at all, that an all-magic game can be run outta the box, perhaps with the later Champions supplement Mystic Masters in hand, if you felt like a bit of game text crossover. I still have my notes for doing that very thing sitting in said box.

My thinking about role-playing had undergone some shifts through the early 1990s, with The Fantasy Trip side of me warring with the RuneQuest side, so upon recovering my interest and upon appreciating the game’s in-play traction for over a decade, I knew I had to play it. On doing so, what really hit me was how sledge-hammer unavoidable the consequences of play were for the next events of play. How had the character’s plain old life gone so far, financially, socially, attention to super-stuff, and anything like that? Had he or she gained and lost Karma, and for what, exactly? Spent it how? What did Popularity look like, and is that a big change from last time, and which way? Note that neither of these scores is ever re-set – it goes where it goes, from where it left off last time, period.

Furthermore, and this is pretty different from either Champions or DC Heroes, the heroism as such is surprisingly amoral, or rather, morally agnostic. You play the hero (presuming an original one of yours) as you will, killing or not killing, building Popularity or sticking to the shadows, stopping or not stopping specific problems as you see fit, putting time and attention to the aspects of life you decide to prioritize … in the total absence of pre-set textual commitments to any “type” of character you are in moral terms. No alignment, no designation of vigilante vs. do-gooder, no stated code vs. killing. You just … play to find out. Cripes, even the in-fiction legal consequences of trials and prisons are merely built right into play mechanics, for any character whatsoever including your hero. Nothing – nothing – stops you from going Full Villain and playing right on from there.

My experiences in play bore this out so well we even had to stop for a second to get assured that one of the players, Ashley, really meant to do what she had her character do – you just didn’t see that much “yes, this story is happening” power in habitual role-playing of the mid-1990s.

There is a big shadow side to it, though. It’s right there in that first adventure-book in that original box, and as far as I can tell, took over every single publication of that type thereafter. Bluntly, they all stink – utterly canned set-piece fight scenarios, with a very strong emphasis on playing the canonical characters in canonical, thespian ways. Junk all that stuff about Karma and Popularity, forget long-term life-style play, never mind making up your own characters completely aside from Marvel Universe this-or-that.

Remember my points in At corporate, they only sell paper? About how the comics were written to show you how to play with the toys? Well, as far as the scenario/adventure publications were concerned – which is really how people learn to play an RPG, in practice – that’s what the game was for too. If the converse, actual quality play of a quality game, hadn’t been demonstrated by all those user-base, fun-as-hell webpages in the mid-late 1990s, I’d be pretty upset about that.

Say … anyone playing this right now, or recently? Tell us about it. I still have my notes and stuff from our old game in my box too, so if I can wrangle some scans, I’ll toss info into the comments.

Links: Classic Marvel Forever (this has all the books & stuff, legal too), MSH Gamer (a good example of user-driven love & demonstration of play)

← It is what it is
Exhumed, still lovely my dear →