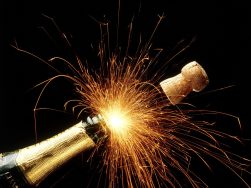 Did ya hear that?

Guess what, I’ve been reading comics since 1970, and I’ve never blogged about it, or systematically written anything on-line about it at all.

I’m posting a column a week, on Sunday, with occasional bonus posts. A lot of it is pent-up stuff held down by the cork all these years, delivered with verve – call it opinionated clickbait if you like. Some is about the cultural and political times when certain comics material was introduced. Some is about role-playing with superheroes and especially supervillains, probably including a lot about Champions. Some is reminiscing interminably about the old APA I was involved with, The Clobberin’ Times, or similarly reminiscing about the comics pros I hung out with back then too.

I don’t claim to be the world’s most informed or insightful comics blogger. But I’m pretty good – I have a long and odd history with them, including some surprising professional contact, some cultural insights, and lots more to do with the supers role-playing hobby that I’d ever dreamed at the time. I can fairly say you’ll read stuff here you won’t find anywhere else, or encounter new perspectives about stuff you know well.I’ll keep blogging as long as there are any patrons of my Comics & Games Patreon at all.

How long will I do this? Yeesh, it’s been two and a half years now. I guess we’ll see! – if people like it, if I like doing it, if it seems to serve business needs for Adept Press, I’ll keep it going.

This blog is autobiography. It’s not punditry. I’m not a critic. I’m a knowledgeable person with distinctive life-experiences, full of surprises, but obviously, also limited. Comics are the window I’m using in this autobiographical work.

If I write something you know is factually incorrect, I’d like to know. Please be courteous, please exhibit curiosity and acknowledge that you understand what I’m saying, because I am willing to learn from you. Please do not play fandom-status or industry-expert games with me.

If you perceive that my values differ from yours, even if some way you find horrifying, then I’m OK with you saying so. Please do not frame this in terms of accusation, assignment of views you are sure I hold but have not stated, or instruction. Before posting, review what sort of response you can reasonably expect. I’m unlikely to alter my views or to apologize to you.

If you breach these standards of conduct, then the above-mentioned glare shall fall upon you.

The Fantastic Four Was the Great American Novel

All images at this blog are displayed for the purpose of education and review within the “fair use” terms of U.S. Code: Title 17, Sec. 107. If I’ve used something of yours I shouldn’t have, please let me know and I’ll provide direct reference to you or take it down.