← Recursion isn’t just a river in Egypt
Generation who → 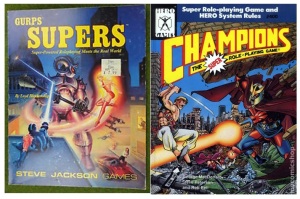 These two covers depict publications from the same year, 1989. However, the past couple of months’ posting hasn’t been about them, but about a non-simultaneous comparison between GURPS: Supers and the prior Champions (1981-1985, up through third edition). Here at the end of what’s been, for me anyway, a gut-wrenching dozen posts, I’ll review and reflect upon why.

Opening point: these two games were historically incredibly important for role-playing and their qualities are relevant today. I don’t know if they’re perceived as niche today or not, but I do think they’re under-utilized in today’s hobby dialogue.

They’re also a single phenomenon, both in design and in how each one’s development influenced the other in a complex, multi-step way (see Do the two-step), so to include them in today’s dialogue, one has to grasp what their shared (too mild a word) qualities are as well as what does make them different. Because at the 1985 mark, comparing Champions up through 3rd edition with the early appearance of GURPS, despite their undeniable presence in almost identical design space, the two approaches were very different.

But as I see it, the shift to Champions 4th edition in 1989 was distinctly, non-trivially discontinuous:

That’s why I chose to compare GURPS: Supers with Champs 3rd, rather than with 4th, which given their common year of origin might seem like the more logical choice. Because there’s no point in comparing what are pretty much the same things, and because I want to recover and dissect those non-trivial early differences.

A little history. Except as an engaged customer, I wasn’t in on the events of how these titles were published. However, one of the benefits of blogging this much about the games is that I’ve been able to talk a little with people who were. That doesn’t mean I totally understood what I was told, or talked to everyone. If I get something factually wrong in what follows, I hope anyone who was there will speak up to help. 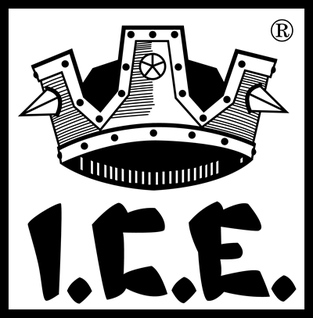 The business circumstances for role-playing at the time concerned strategic buy-outs, considered at the time to be the acme of success for a start-up independent entity, to be picked up by a “real” company. Exhibit A was of course the Williams purchase of TSR in 1985. In the case of Hero Games, the Champions property was bought (or leased in a big way?) by Iron Crown Enterprises, noted until then for Rolemaster. Thus 4th edition Champs was, business-marketing-wise, now to be the serious version made in this more august context, and although the original authors are listed, its production was carried out by an entirely new staff, headed by Rob Bell, beholden to different masters.

Steve Jackson Games was running along very different lines, as its founder and namesake had suffered one ownership and IP crisis with Metagaming, losing In the Labyrinth thereby. Therefore the new SJG was named and managed beholden to no one. Just months after the period I’m writing about ended, it would run into an entirely new problem, that of FBI investigation and near-halting of its publishing due to the contents, or perceived contents, of GURPS: Cyberpunk. But as I say that’s later; so for now, think of SJG as running on a very definite, uncompromised vision.

Leaving the psychology of actual persons out of it, the Champs 4th text shows several priorities in action which can’t overlook the presence of GURPS, and its impending release GURPS: Supers, as the perceived competitor. It’s the first version of Champions published as an acknowledged subset of an over-arching Hero System (published in 1987), flipping the Hero System from what had been a “how these different things overlap” into a “these things are specialized subsets of one big thing.”

Therefore you see not only a compilation of the admittedly messy and dispersed rules across the first-generation Champions titles, but some telling changes.

Purpose – or let’s get fancy, aesthetics. I’ve written in some detail about superheroes’ power in showcasing human passions and social crisis, and about Champions as a game with considerable potential for events-driven, non-planned dramatic outcomes. Given that 4th edition is curiously empty as far as these are concerned, and that it similarly lacks GURPS: Supers’ distinguishing anchor in real-world politics and conflicts, you have to wonder what on earth this game was supposed to be for.

One vocal customer base may have had a louder voice in influencing the new text. It was active in the pre-internet, with its own APA and also using FTP and other proto-(or “real”) internet functions a solid decade before the rest of us were included. This group was dedicated to the exhaustive modeling of comics characters using Champions, and if my scuttlebutt can be trusted, was notably contentious. You might think of them as an engineering-style fetish club for deciding what Superman or Wolverine “is” in Champions terms, with The Official Handbook and DC Showcase in one hand, and the Champions rules in the other, translating “can bench press 400 pounds” back and forth between them, seasoned with plenty of invective and jostling. It was quite visible to the publishers and probably became the perceived target market.

Speaking as someone who very much likes character construction and a great deal more about Champions, I can tell you this community’s priorities repel me to the point of outright horror. I’ve written in detail about the math and underlying concepts of the game, especially to showcase a character’s dynamic and high-tension qualities. It is an instrument of play which can produce a powerful and above all emergent, un-programmed dramatic arc. In no way do I see it as an end in itself, specifically a Sudoku puzzle in point-balancing crossed with dress-up paper dolls. 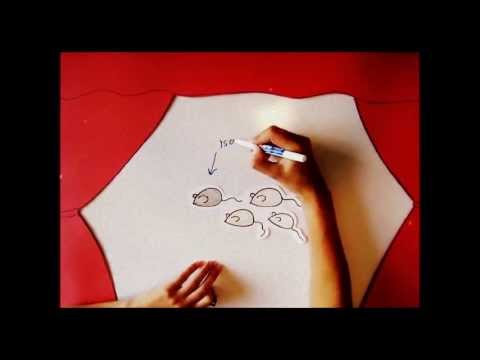 Do you know what I mean by titling this post “Knockout?” It has nothing to do with one competitor K.O.-ing his opponent. It refers to the genetic technique which removes a single gene’s effect on a creature, which is to say, upon how it develops. A lot of important content – the adult form, if you will – got knocked out of Champions in 1989. One or two later supplementary efforts excepted, 4th edition is like an experimental animal with a crucial developmental gene knocked out of function, preventing the cascade of effects that result in the loss what we think of the animal “doing,” no matter that it is still alive and looking at us. A lot of it was never recovered (although I credit Steve Long for his efforts, especially 6th edition).

And of lot of what that was was knocked hard out at a much bigger scale, out of role-playing as a hobby at that moment as well. Those essays about the dramatic potential of disadvantages, and character development, that I scanned and included in the previous posts? Gone. The notion that your played game is your setting-and-story creation, not a version or expression of an official publisher creative vision? Gone. The notion that all that stuff on your character sheet is a springboard for stunts, to the extent that no one bothers to mention “stunting rules?” Gone. As one of the three primary strains of role-playing during the 1980s, Champions had been the one to showcase all those things. By 1996, the year I first published Sorcerer, and by 1999, the year I first published “System Does Matter” and “The Nuked Applecart,” no one apparently remembered they’d even existed.

There you have it: this is the final post, pending haphazard follow-ups, of the series which began with Exhumed, still lovely my dear and includes Very special effects, Being, having, and nothingness, Dynamic mechanics, Where are you going, where have you been, Kill, kill, kill, Balancing what exactly, Best with badness, On and on and on, and Recursion isn’t just a river in Egypt.

Next: Generation who (October 8)

← Recursion isn’t just a river in Egypt
Generation who →